My sister, Whitney, turned 30 last week, and we drove to North Carolina Saturday for a surprise party thrown by my brother-in-law, Charles.  The party was a huge success– backyard barbecue, fantastic bluegrass band, and Whitney was genuinely surprised.  Everyone had a blast!

I meant to capture the entire party, but mostly just took pictures of my family.  Sorry for the photo-overload, but I really love these people. 🙂 Ross, my mom, and my mom’s friend Walter drove down from Richmond, my dad, Aunt Ann, and Uncle Richard drove up from Atlanta, and Whitney’s best friend Jeanine drove down from Northern Virginia: 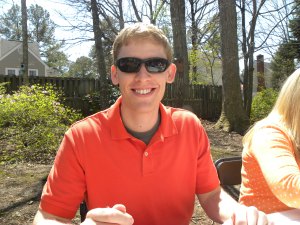 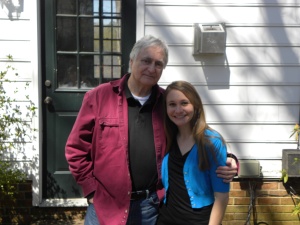 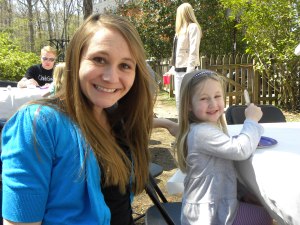 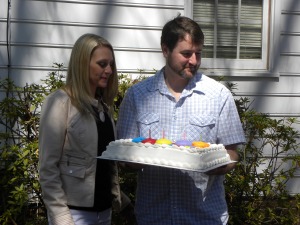 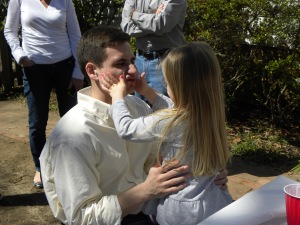 I think the best surprise of all for Whitney was this: 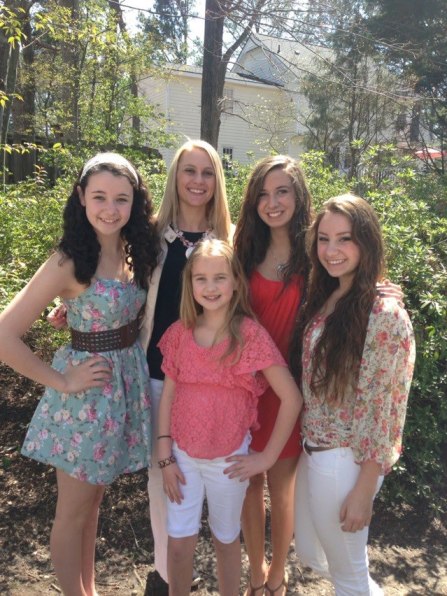 She babysat these girls during her college days 10 years ago, and they made the trip from Northern VA to celebrate her birthday.  Whitney actually screamed when she saw them.  Charles set the bar pretty high for himself for future birthday parties. 😉

As for our present…  Whitney is incredibly crafty.  Among other things, she sews/monograms/appliques adorable children’s clothing which she sells here on her Etsy site.  <–Check it out!  The last time we visited, I noticed that she could use some organization in her sewing room.  I searched Pinterest for inspiration, presented a vision to Andrew, and we began work on a project…

…that ultimately turned into this:

A pretty sewing organization board! 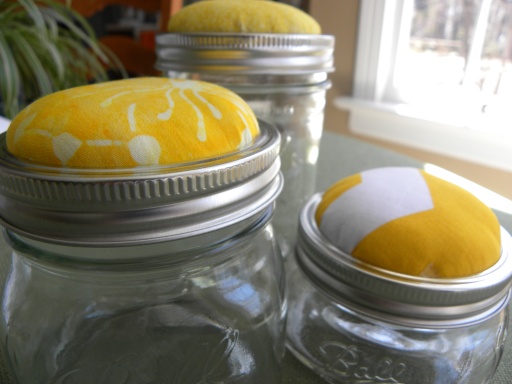 Plus a set of pincushion mason jars for storage and, well, pins.

We were pretty pleased with the outcome and thought crafting a present was a great way to honor the ultimate crafter on her birthday.

Happy birthday, Whitney, and happy crafting to all!

Hi! We are the Storeys. Welcome to our blog!